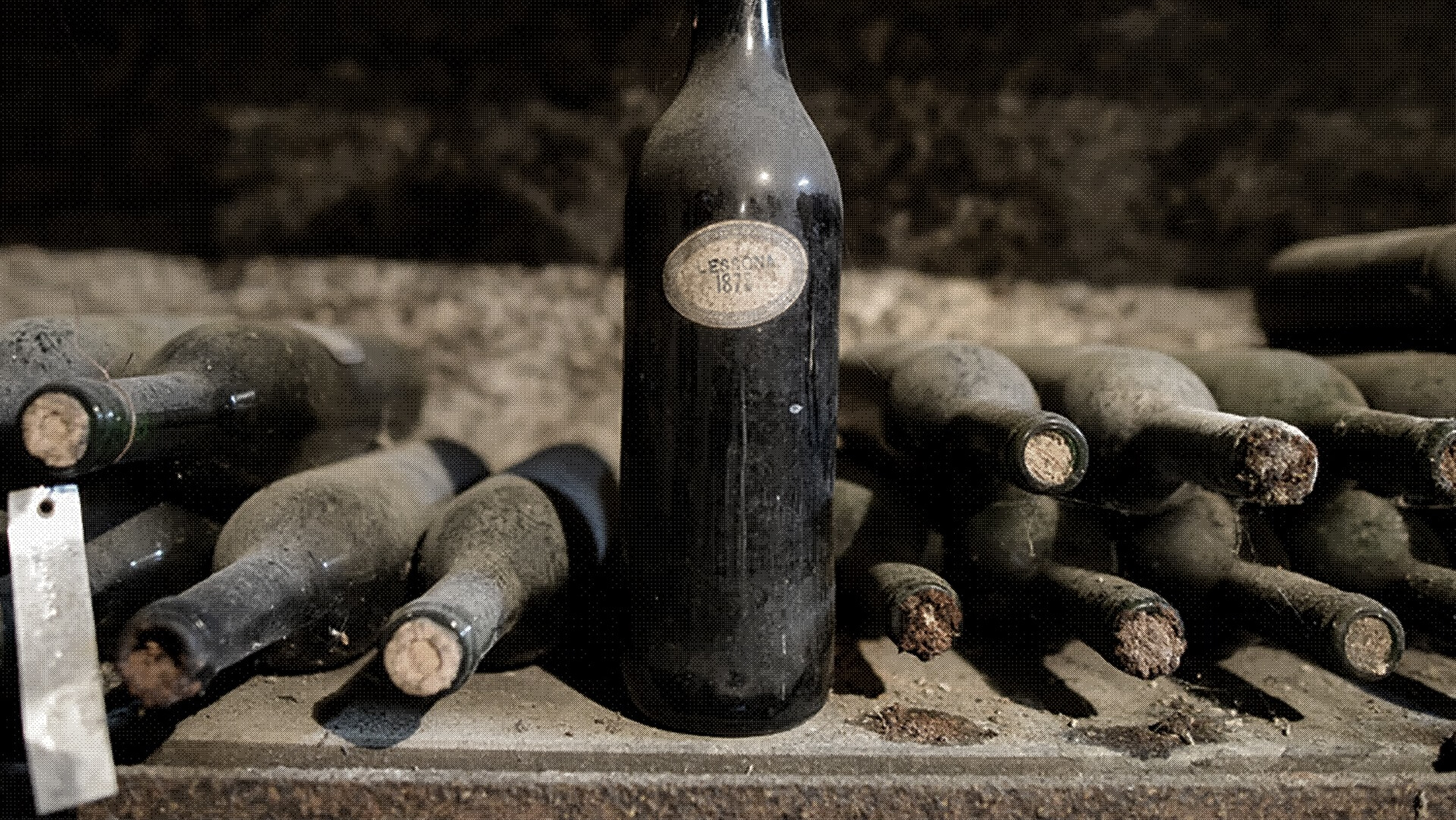 Our origins, our work, our passion.

In 1671, Comino Sella purchases a vineyard in Lessona, a small winemaking district already established in the making of prestigious red wines, fruit of its exceptional soil and ancient marine sands.
For 350 years, each generation of the Sella family has assiduously cared for the estate’s vineyards, conscious that these are part of the great cultural patrimony of Piedmont. 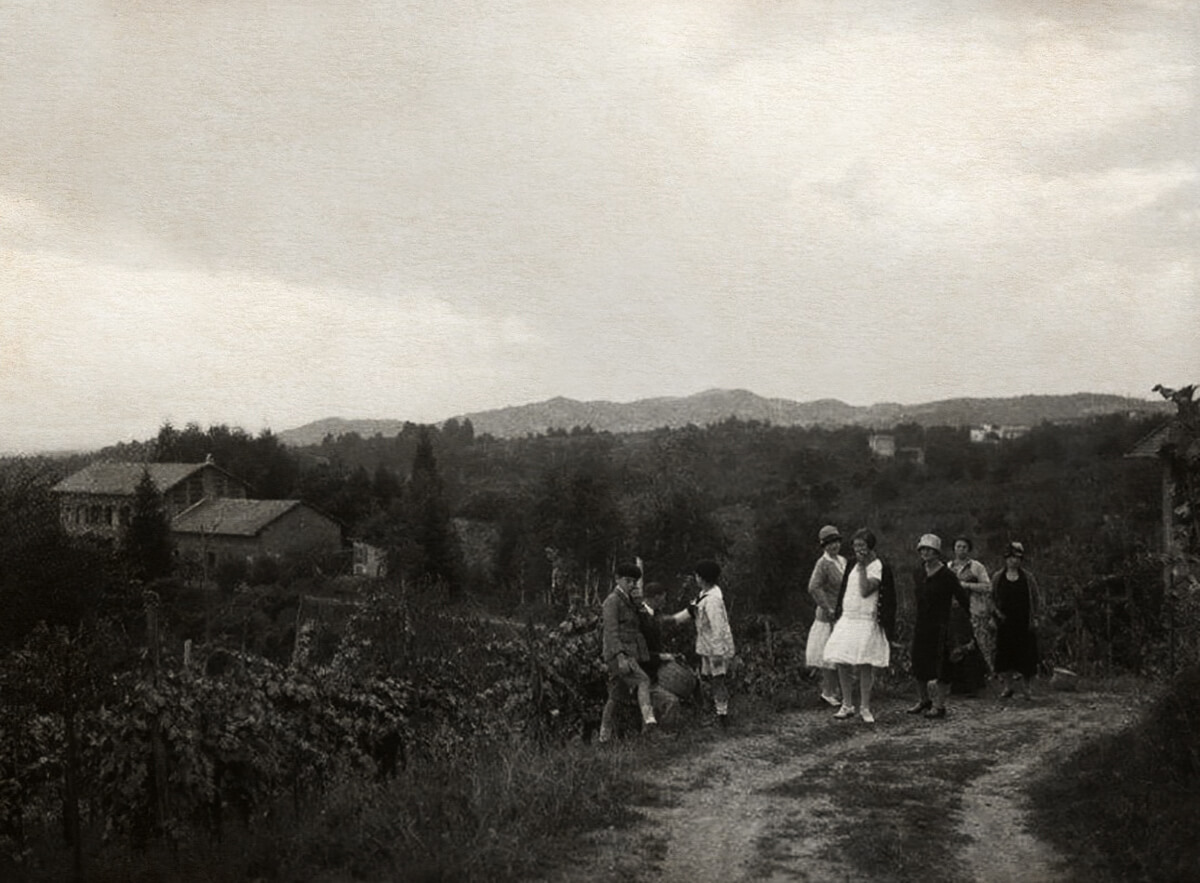 Details of the deed of purchase of a vineyard by the family ‘de Bulgaro’, in Lessona, in a locale called «al Zoppo»–still today part of the Tenuta Sella.

The origins in textiles

The Sella family embarks upon its textile enterprise, contracting local artisans to produce wool cloth and financing entrepreneurs from the local community.

The Sella family invests part of the proceeds from its textile enterprise and acquires its first holding in the historic terroir of Lessona. The winemaking business begins.

Quintino Sella founds the Italian Alpine Club, a national association open to all. The first article of the club's statutes declares, “it has as its objective mountaineering in any of its forms, the understanding and study of mountains, especially the Italian mountains, and the defence of their natural environment.”

A toast to unity

The minister of finance, Quintino Sella, raises a glass of Lessona to toast the unification of Italy.

The expansion of the estate

Over this period, Carlo Sella, on behalf of the heirs of Giuseppe Venanzio Sella, buys numerous parcels of land in the Bramaterra terroir to plant vineyards. The Sella family is the first to recognise its potential.

The founding of the Bank

The date of the inauguration of the banking and credit institute founded by Gaudenzio Sella, still known as Banca Sella today.

The gold medal is awarded to Sella wines at the First International Wine and Oil Trade Fair in Milan, an achievement repeated in Turin in 1928.

The National Oenological Commission classifies «Lessona» as one of the nation’s most prestigious wines.

The «Request for Registered Designation of Origin of Lessona Wine» is accepted–a goal much sought after by the Sella family. Lessona becomes a DOC wine. Three years later the Bramaterra DOC is also recognised.

The estates of Lessona and Bramaterra are formally united with the creation of the Agrisell company; production facilities are centred in Lessona.

Discover our wines and vintage collections

Three centuries of history in the heart of Upper Piedmont

A notarial deed of 1671 attests to the acquisition of vineyards in Lessona by Comino Sella as an investment for surplus cash from the family textile business.
From the 17th to the 19th century, numerous deeds of purchase show the enthusiasm of the family’s descendants for investing in Lessona vineyards. Between 1839 and 1849, Giovanni Giacomo Antonio Sella builds the family villa and its rustic outbuildings on the summit of the Zoppo vineyard, a cru noted for its excellent orientation. This vineyard is likely the same as the one cited in a deed of 1436.
Around 1870, the estate is inherited by the three sons of Maurizio Sella: Gaudenzio, Quintino and Giuseppe Venanzio Sella. The latter son takes over management of the Lessona holdings.

The Sella family decides to enlarge the estate and invest in the surrounding territory, most of which is still rugged and wild; vines are planted in Villa del Bosco.
Between 1882 and 1884, Carlo Sella buys a series of parcels from the township of Villa del Bosco for the “Bramaterra” property. He engages Don Paolo Antoniotti, a priest as well as a man of science, to develop the land.
Between 1892 and 1893, the construction of Gaudenzio Sella’s design for Cascina Bramaterra begins. The imposing structure still overlooks the estate today.
A few short years later, the 20th century dawns and the Bramaterra vineyards begin production; the resulting wine is christened—today, as then—“Bramaterra”.

Following the death of Giuseppe Venanzio, great-grandfather of the current owners, his sons–important textile industrialists–take over direction of the vineyards led by his wife, Clementina Mosca.
From the 1930’s until the mid-1980’s, Venanzio (1901-1990) manages the estate, continuing the pursuit of excellence. He starts down the path to DOC certification, obtained in 1976 for Lessona, and in 1979 for Bramaterra.
His son Fabrizio (1929-2001) succeeds him as head of the estate.

We would like to thank the Sella Foundation for the loan of historical images and documents from their archives.

Made with love by Qode Interactive