The soil under vines in Lessona is mainly composed of Pliocene-era sand from marine deposits; in contrast, the valley floors feature sand with marine fossils.
The Bramaterra territory extends for several kilometres and includes large forested areas.
Geologically, the soil is composed of igneous red porphyry, interspersed with sand and clay of marine origin. 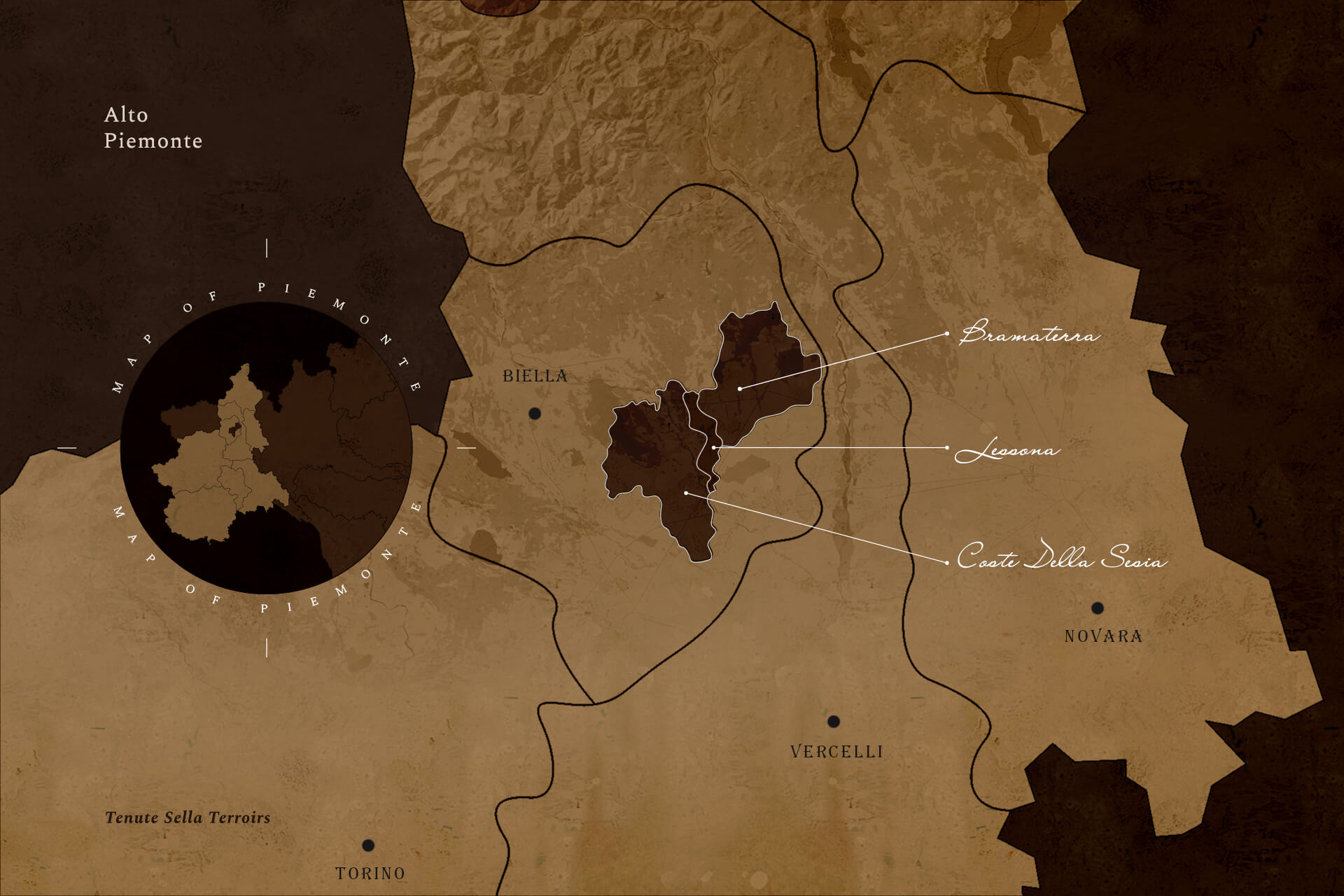 The soil of Upper Piedmont

The soil mixture in Lessona is typical of the area.
On the hillsides, the mixture is composed of ancient and fertile Pliocene sand, interspersed with clay loess; in contrast the valley floors contain rich deposits of marine fossils.
The pH of the soil is between 4.2 and 5.5–among the most acidic of European soils dedicated to winegrowing.

The geological origins of the area are in the distant Permian, when gas-rich magma cooled to form the characteristic deposits of quartz porphyry, the source of today’s precious nutritive substances.

The soil is composed of kaolinic clays, medium-sized skeleton, marine sands and marl.
The soil has a pH of between 5.5 and 6.3.

Our approach to sustainability is based on nurturing the soil, integrating viticulture and safeguarding biodiversity.

A quality soil is the basis for healthy, prosperous vines. Soil conservation is achieved via correct soil cover, a high level of biodiversity, and by avoiding an accumulation of pollutants. Over time, these help to improve balance in the vineyard.

We look for holistic solutions to viticultural problems via an overview of the whole productive and ecological process. We select the best instruments to combine the smallest environmental impact possible with maximum efficiency.

The value of biodiversity is reflected not only environmentally but also in terms of agriculture.
The diversity of plant life in the vineyard and its vicinity promotes the activity of microfauna in the vineyard, which plays an important role in limiting the proliferation of vine parasites.

Each terroir has a history to savour

This geographic region has a subcontinental climate typical of the Po plain. It features numerous microclimate oases, which are influenced by the orientation of the hillsides.
These ‘oases’, which include our band of hillside in Lessona, achieve almost Mediterranean average annual temperatures.
Winter, usually beset with precipitation, rarely sees snow or excessive subzero temperatures.
Spring is temperate and humid, aiding resumption of the vegetative cycle, which often has an early start.
The dry, hot summer tends to fade gradually into an often dry and mild autumn. Temperatures fluctuate markedly between day and night, ensuring slow ripening of grapes.
Rainfall, abundant in the Biella area, declines substantially within a few kilometres: while Biella receives about 1500 mm annually, Lessona at 15 km to the east, receives an average of just over 1000 mm, chiefly in the spring months.
Summer rain is essential to the well-being of the vineyards: the free-draining sandy soil of Lessona would subject the vines to excessive water stress.
The soils suited to viticulture in the Lessona district are almost entirely composed of marine sands. Their pH readings are among the most acidic in the entire Italian viticultural panorama.
High concentrations of many elements such as iron and manganese strongly define the mineral framework of the wines.

Vineyard management is attuned to respect each individual vine: the high average age of our vineyards (about 40 years) requires us to respect every vine to ensure its equilibrium and well-being.
Working with old established vineyards implies additional costs and lower yields, but these vines with their deep roots produce grapes that profoundly reflect their terroir of origin.
Out of respect for our land and avoid erosion, we limit ploughing to a maximum of once a year (generally carried out at the beginning of winter).
We fertilise with manure, either natural or palletised, and by digging in grass clippings, which reduces the need for added nitrogen.
Almost all work, from winter pruning to harvest, is carried out by hand.
Vines are arranged in rows and are Guyot-pruned with 8-12 buds.
Normally our vineyards do not require thinning over the summer: the age of the vines ensures a reduced grape yield, on average between 250 and 1000 grams per vine. 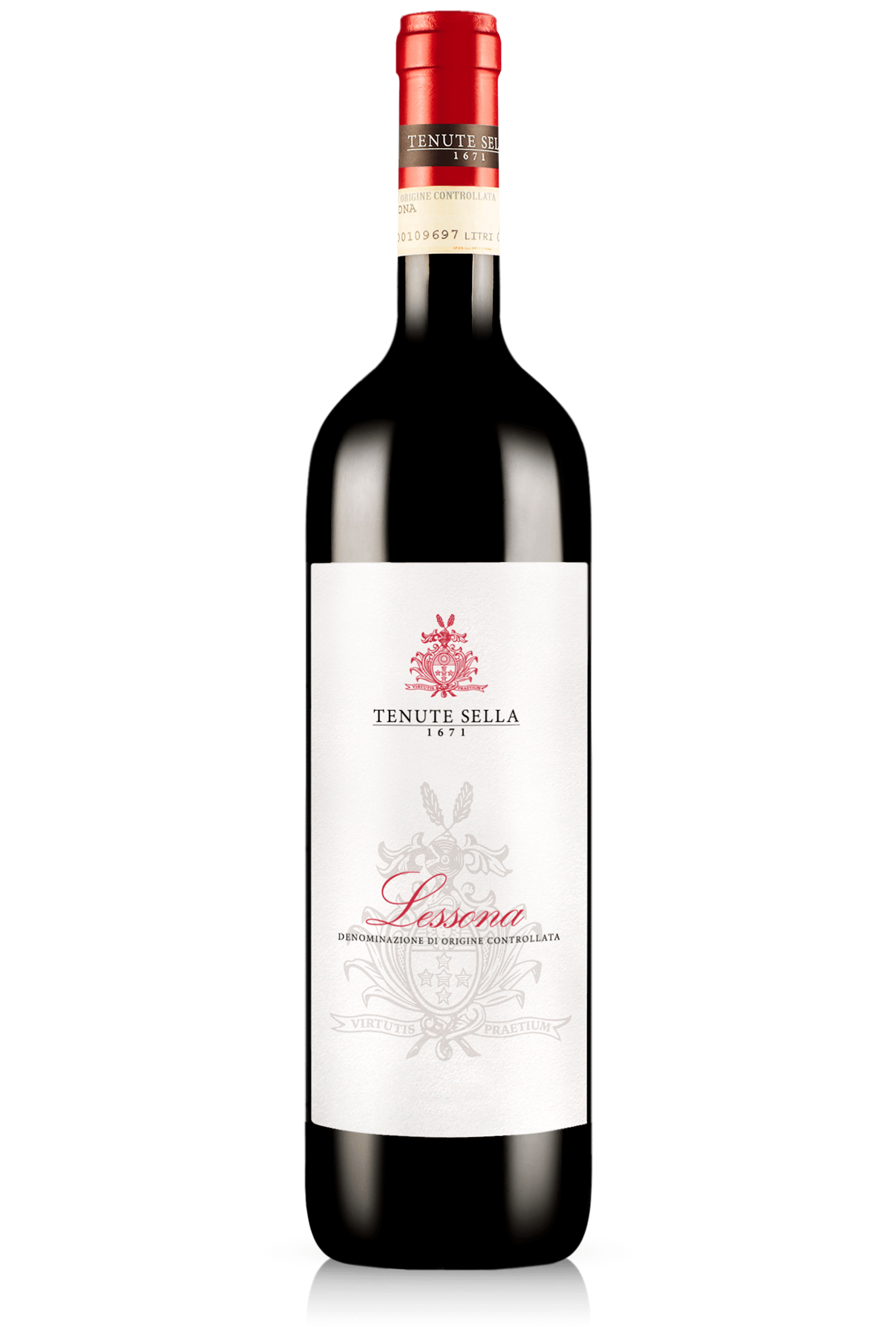 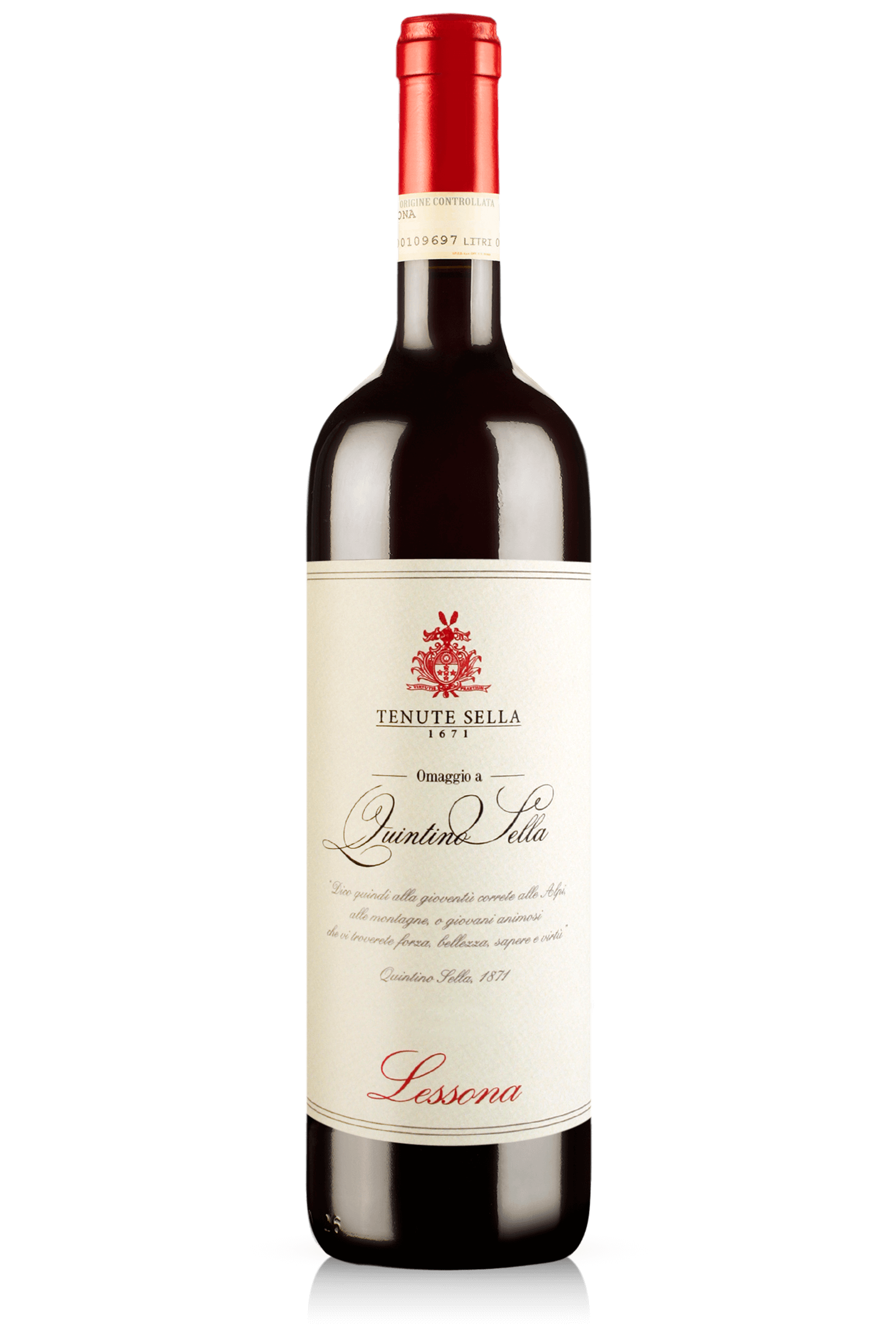 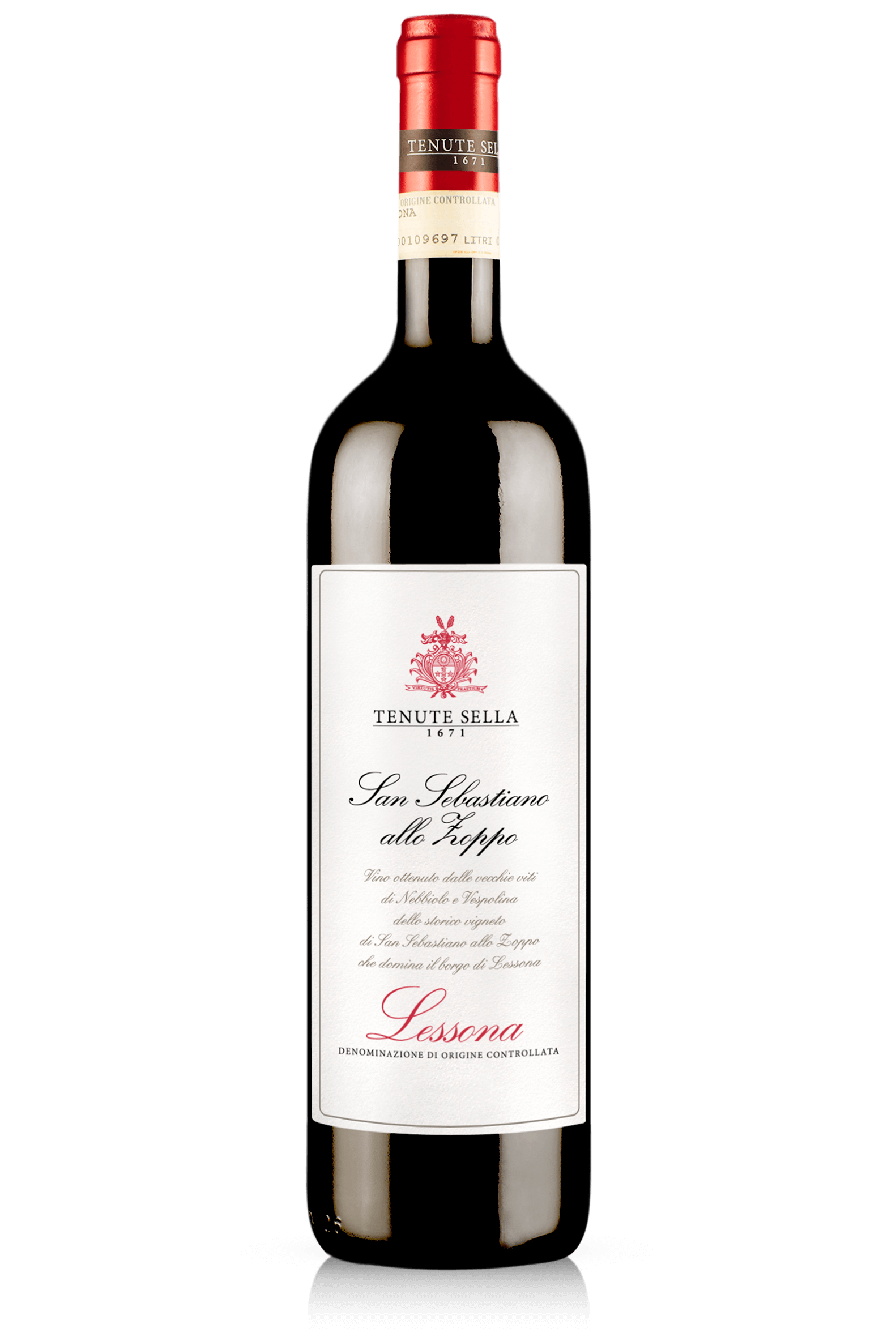 Proceeding from west to east, the region of Bramaterra includes the townships of Masserano, Brusnengo, Curino, Roasio, Sostegno, Villa del Bosco and Lozzolo.
It is located to the immediate east of Lessona and covers an extended hilly strip as far as the western limit of Biella province, in the portion of Upper Piedmont situated on the right bank of the Sesia river basin.
From the point of view of microclimate, seasonal performance of vines is much the same as in Lessona, despite lower average winter temperatures.
Bramaterra territory occupies the southern portion of the Rive Rosse, a large hilly zone that spreads for tens of kilometres. It is sparsely populated and is largely dominated by wild fauna and flora, with extended forests of oak, chestnut and birch.
Geologically, a ring of three distinct deposits of quartz porphyry, a coarse-grained igneous rock formed from gas-rich Permian magma. In Sostegno, these flank a deposit of carbonate rock along with extensive deposits of sand and clay of marine origin (especially in the most easterly part).
The Bramaterra estate is positioned on a block of red porphyry, mostly worn down from the prolonged action of atmospheric agents, with intermittent clay deposits of varying density.
The original nucleus of the Bramaterra estate, established at the end of the 19th century, comprised just a few hectares of vineyard.

Over the course of the 20th century, successive plantings brought the area under vines to about 20 hectares, in a single parcel. Today this is one of the largest single-proprietor vineyards in the whole of Upper Piedmont.
The vineyards are in a large band of rolling hills at an elevation of between 270 and 350 metres above sea level. The loose volcanic soil has an acidic pH and passes from pale yellow to dark red to brown, depending on the level of oxidation.
On average the vineyards are about 45 years old, while the most recent plantings were carried out about 15 years ago.
In contrast, the vineyard used for the “I Porfidi” selection on the estate’s highest hill is much older: it was planted in 1933 on a vein of pure red-brown porphyry.
Vineyard management, as regards vineyard operations and fertilising, follows the same principles as in the Lessona vineyards.
Almost all work, from winter pruning to harvest, is carried out by hand.
Vines are arranged in rows and Guyot-pruned with 8-10 buds.
In the older vineyards, selective thinning of clusters in summer isn’t necessary, because at fewer than 1000 grams per vine, yields are naturally low. In newer vineyards, careful selective thinning is carried out to ensure correct and balanced ripening. 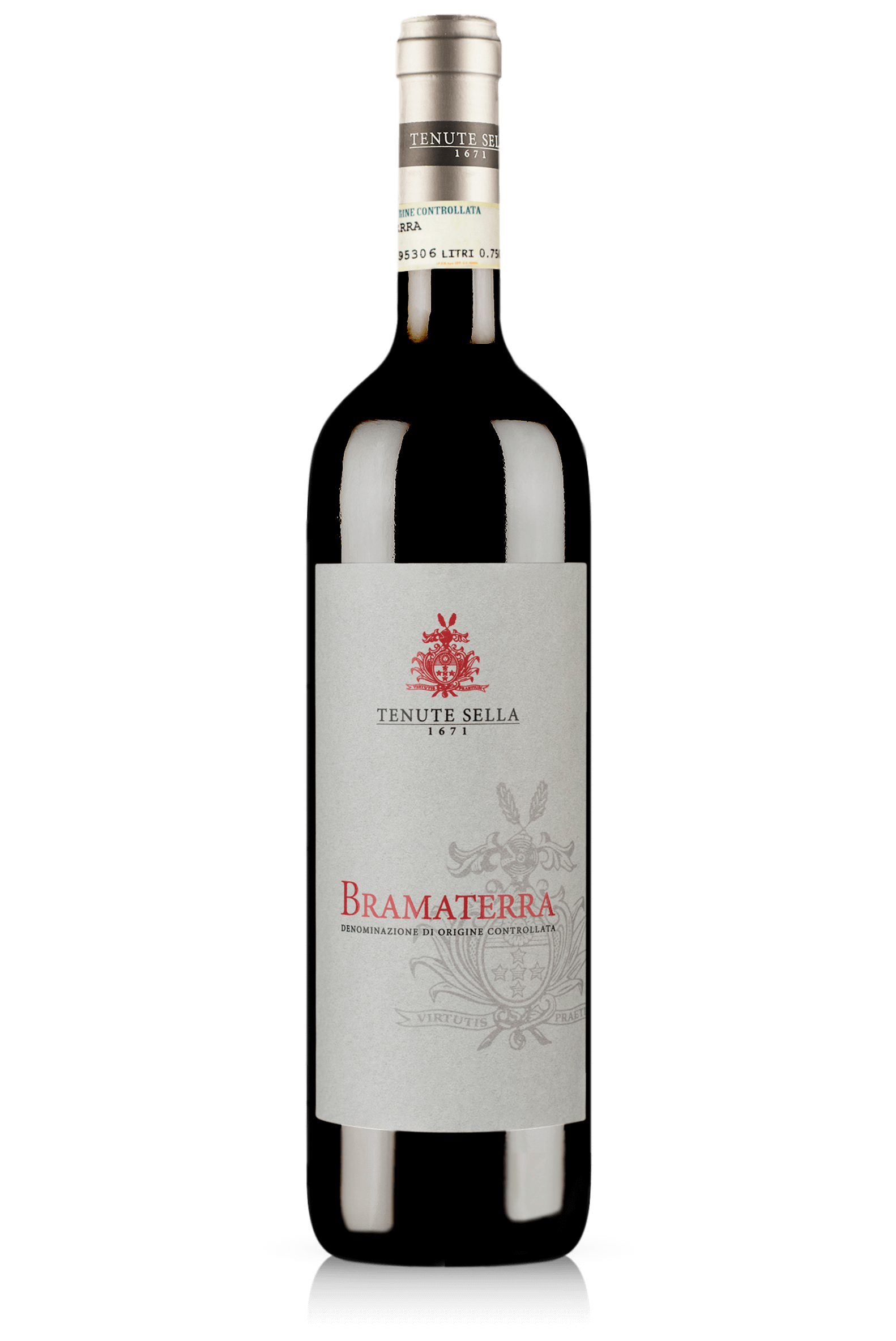 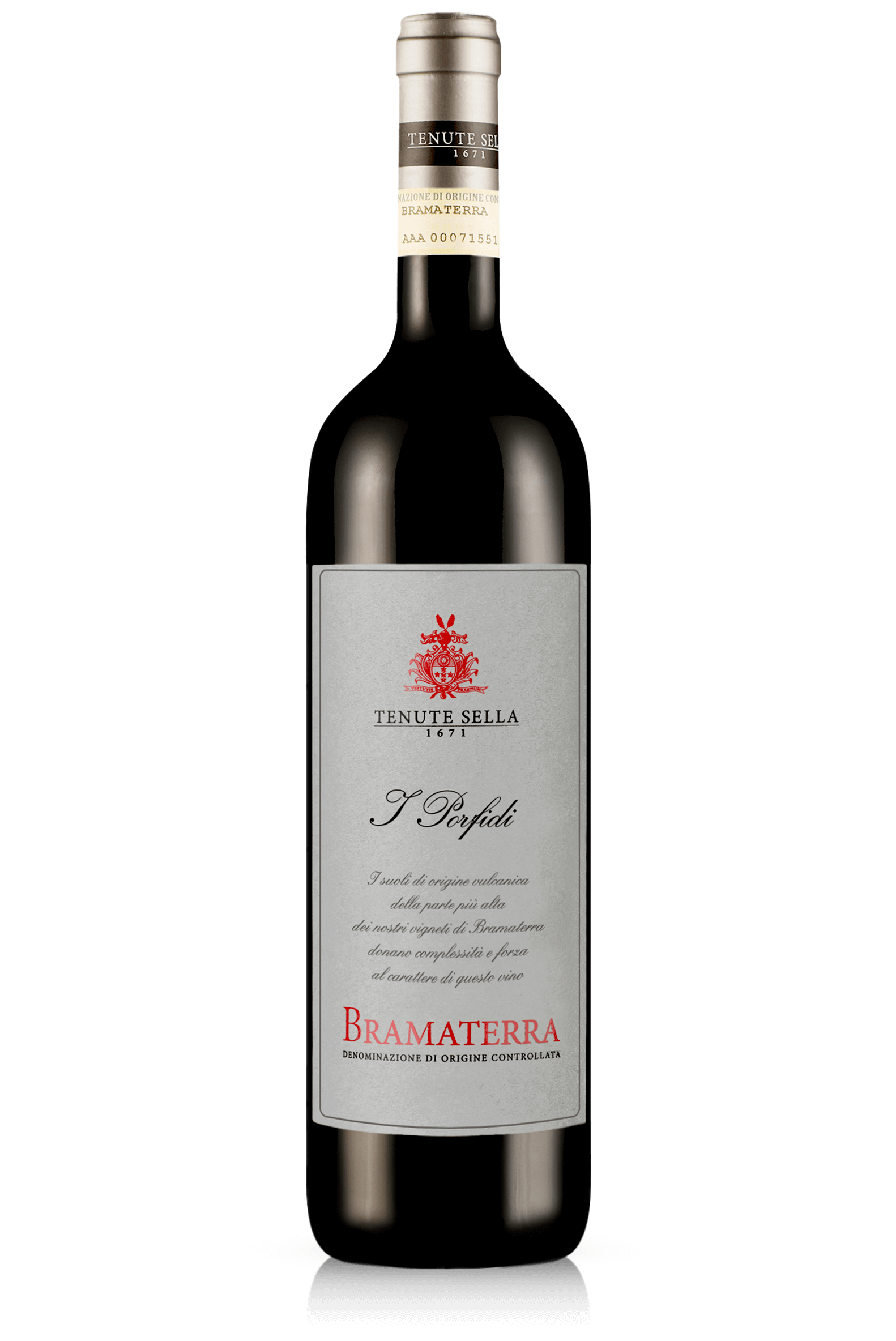 In this zone, viticulture boasts an ancient and well-established tradition–already in Roman times, Pliny the Elder praised these vines for their quality and widespread distribution.
This area has been devoted to vines for centuries; by the medieval period, an increase in the area under vines was recorded, resulting in a greater supply of wine.
An important change came about in the 18th century. Because of great innovation in agriculture, vineyards were transferred onto hillsides.
Inside the palazzo next to the current vineyard, paintings depicting Bacchus confirm a longstanding tradition of wine culture in the area.

Over the centuries a succession of families have cultivated and maintained the land where the estate is now.
Historical mentions of the Avogadro family suggest it was the first to concentrate on winegrowing here. In 1808, the Avogadro were followed by the Rosazza family (which a century later changed name to De Lachenal), who acquired the palazzo and adjacent land, maintaining the winemaking tradition. Finally, the Sella family took over the estate and continued to grow and care for the vines with the family enterprise “Tenute Sella”. 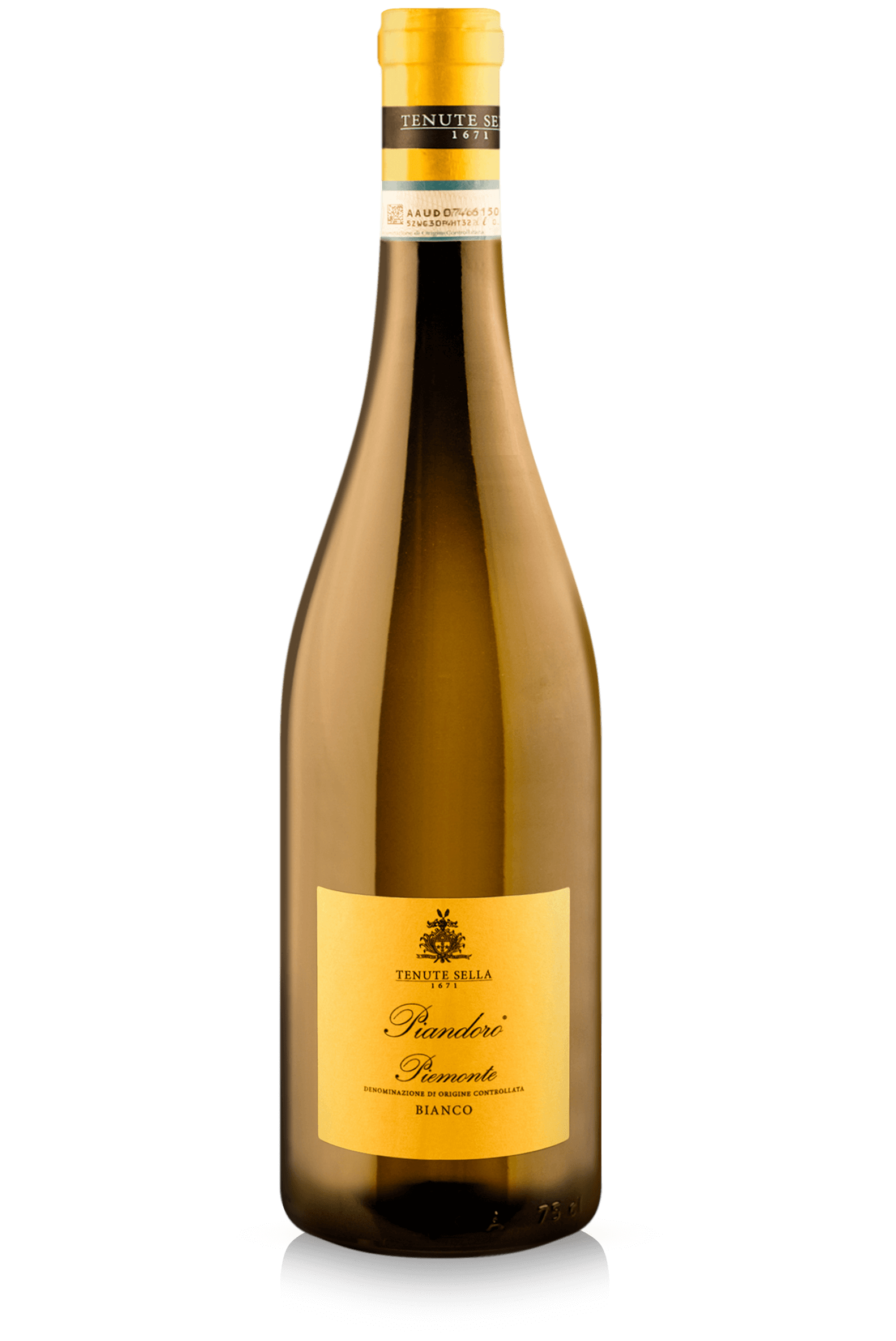 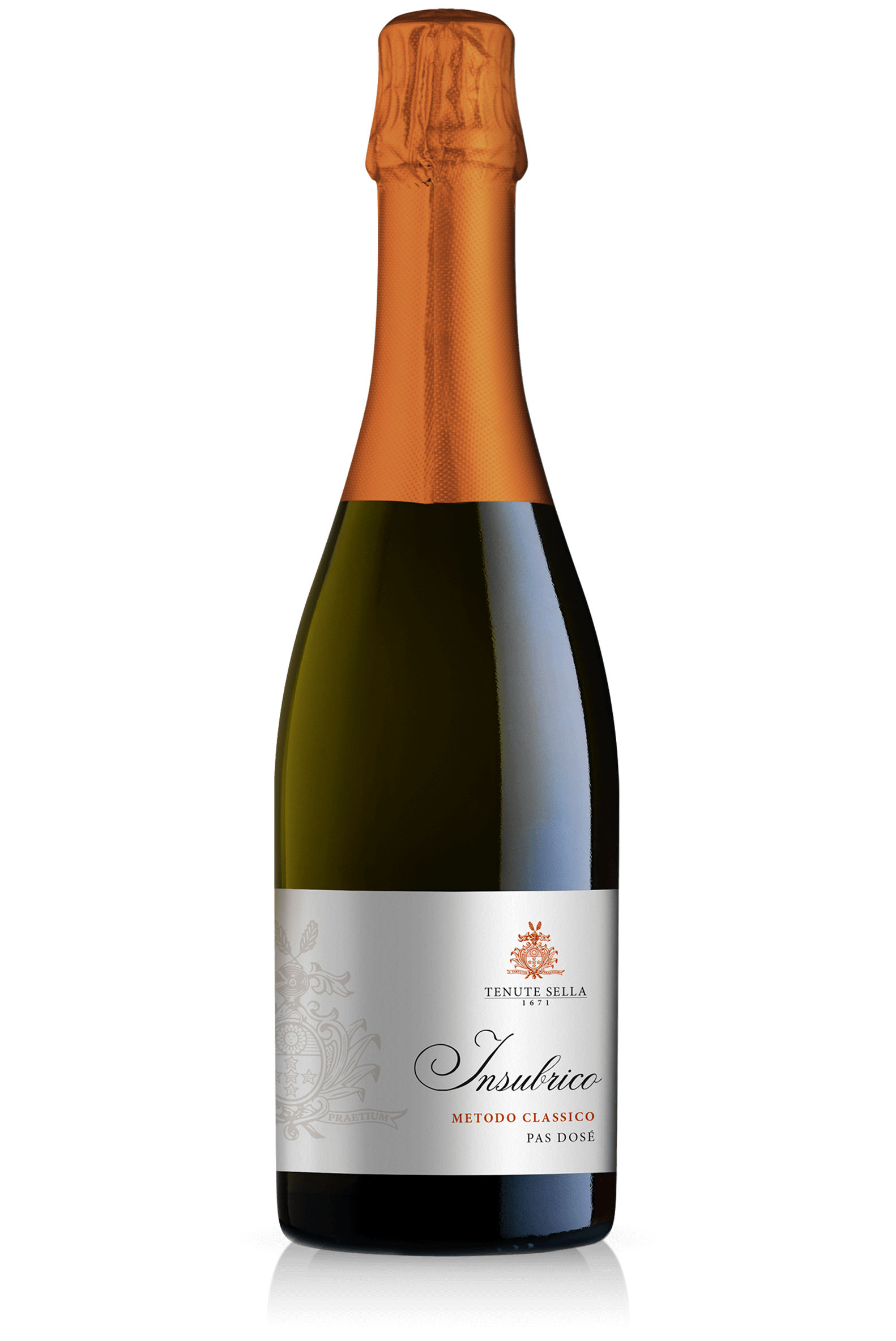 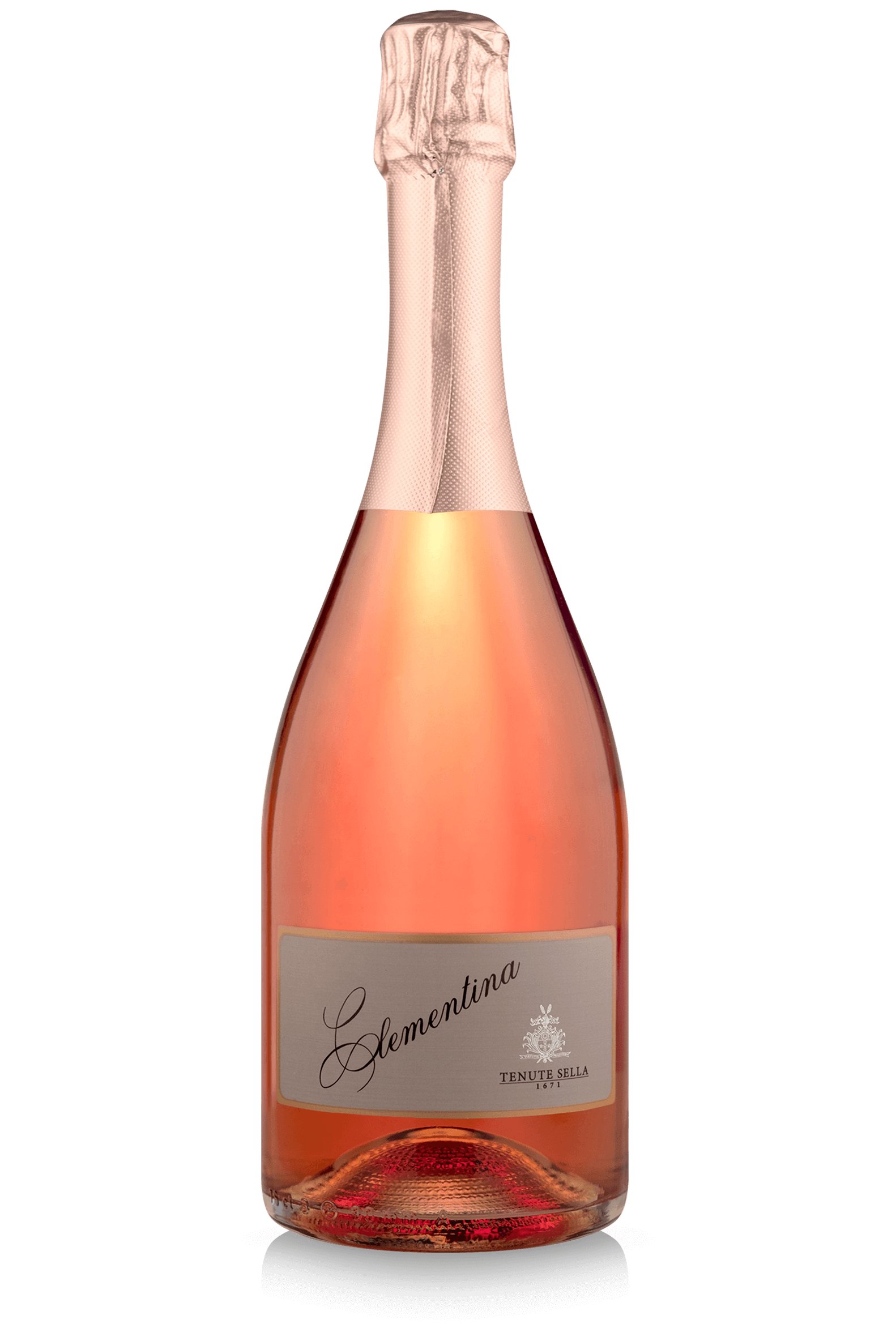 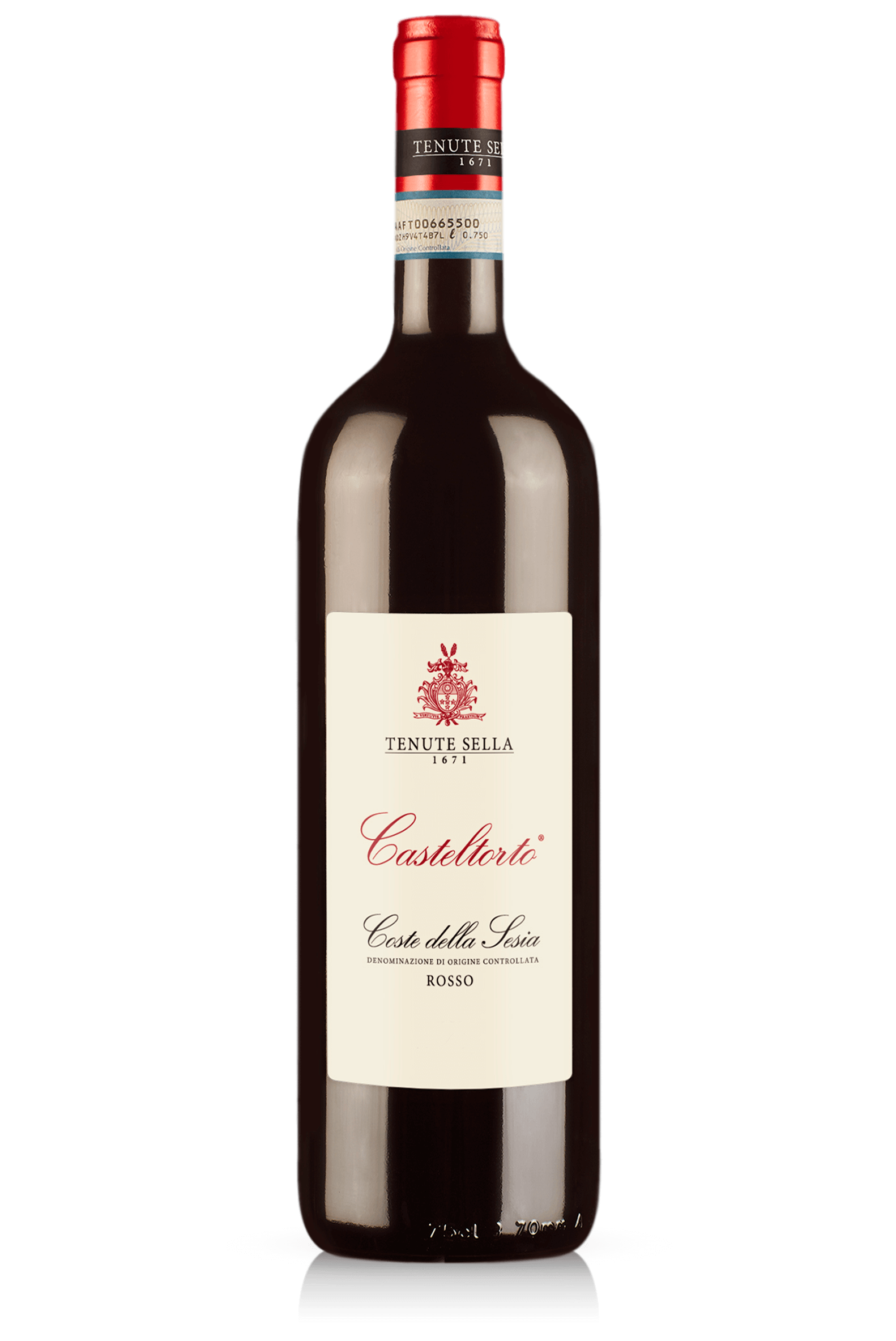 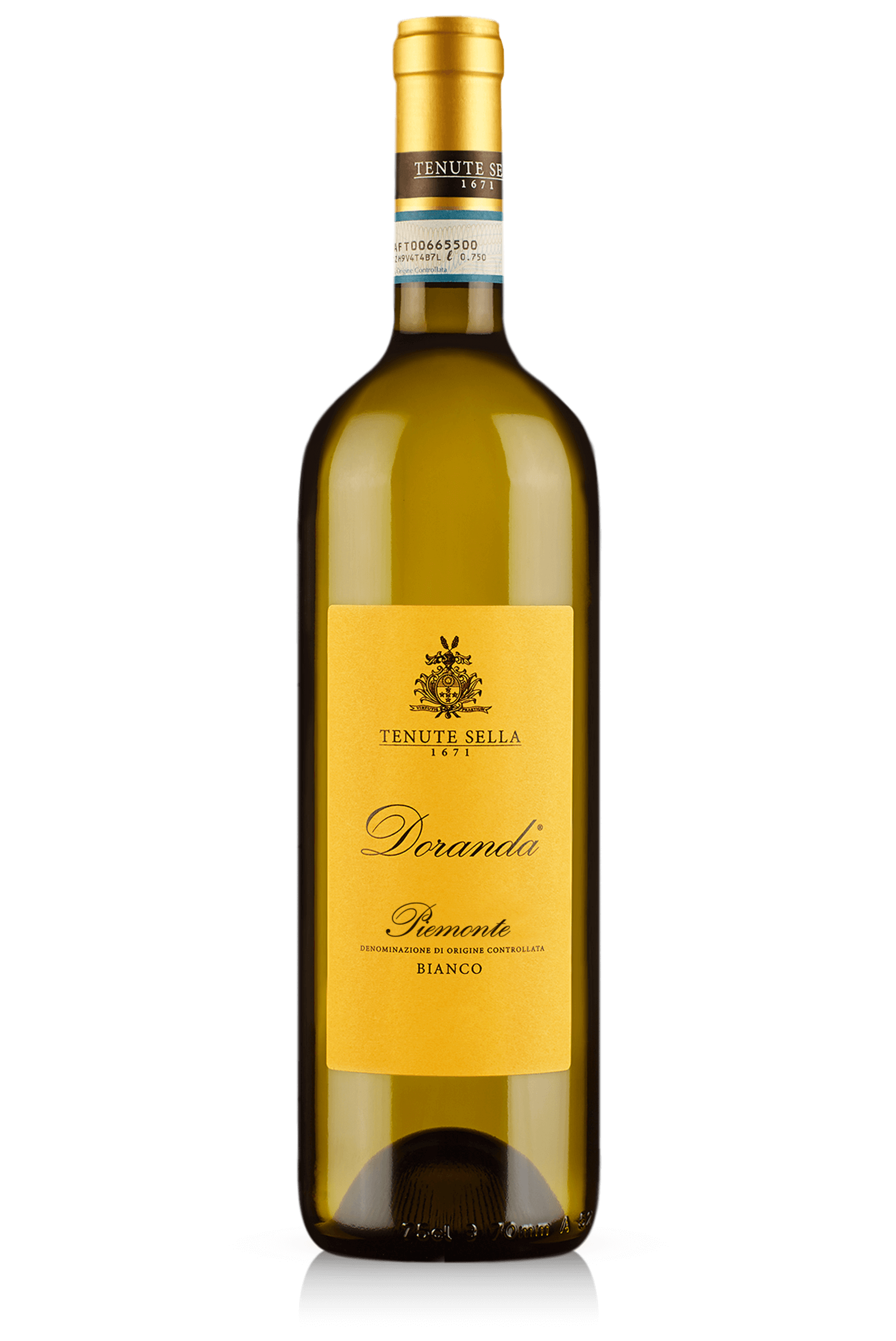 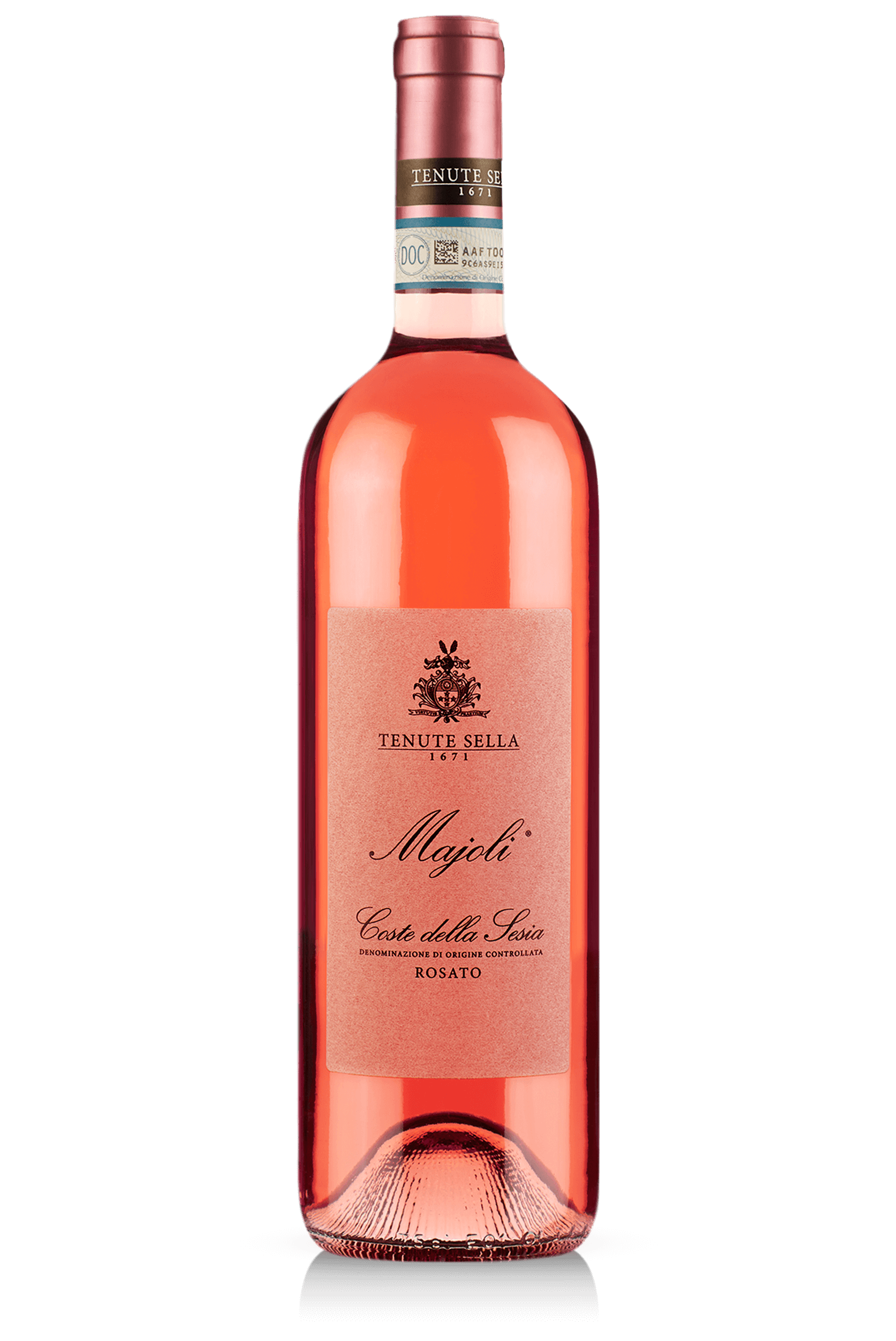 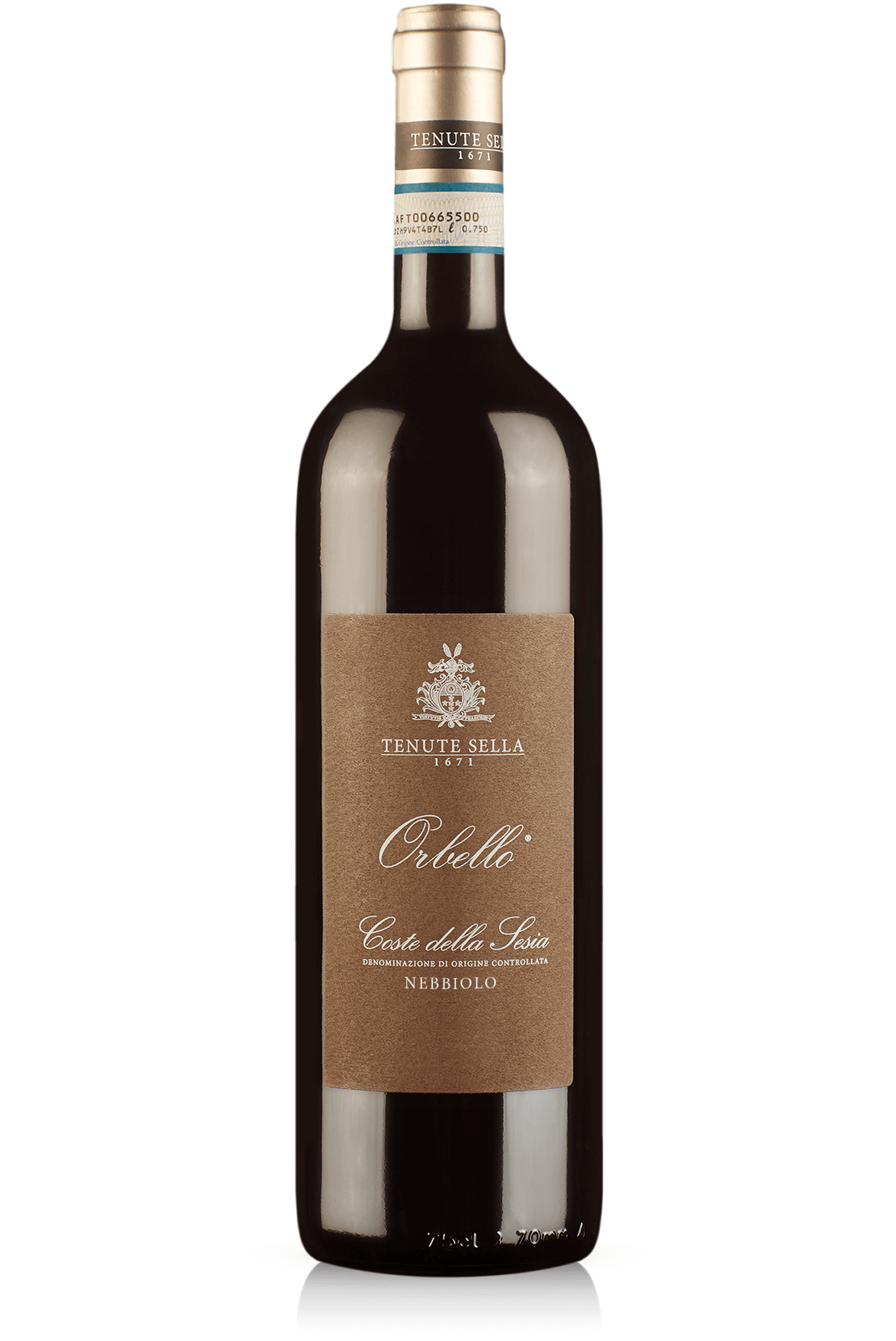 Made with love by Qode Interactive